A long-standing bagel destination in Las Vegas just reopened in a new 10,000-square-foot deli space next to the Las Vegas Convention Center. Siegel’s Bagelmania originally opened in 1989 at the corner of Twain Avenue and Swenson Street with its roster of deli favorites including pastries and New York-style boiled bagels. The larger space, in the works since 2019, sits next to the convention center’s expanded space with a private dining room, patio area, and retro-modern design touches.

Aside from that assortment of bagels and pastries, the deli serves pastrami Reubens, hot corned beef on double baked rye, brisket melts, and turkey pastrami, as well as burgers, loaded hot dogs, shakes and floats, an expanded breakfast menu, and an assortment of coffee drinks. The space also includes a pop-up Pinkbox doughnuts and a full bar with cocktails and gaming. 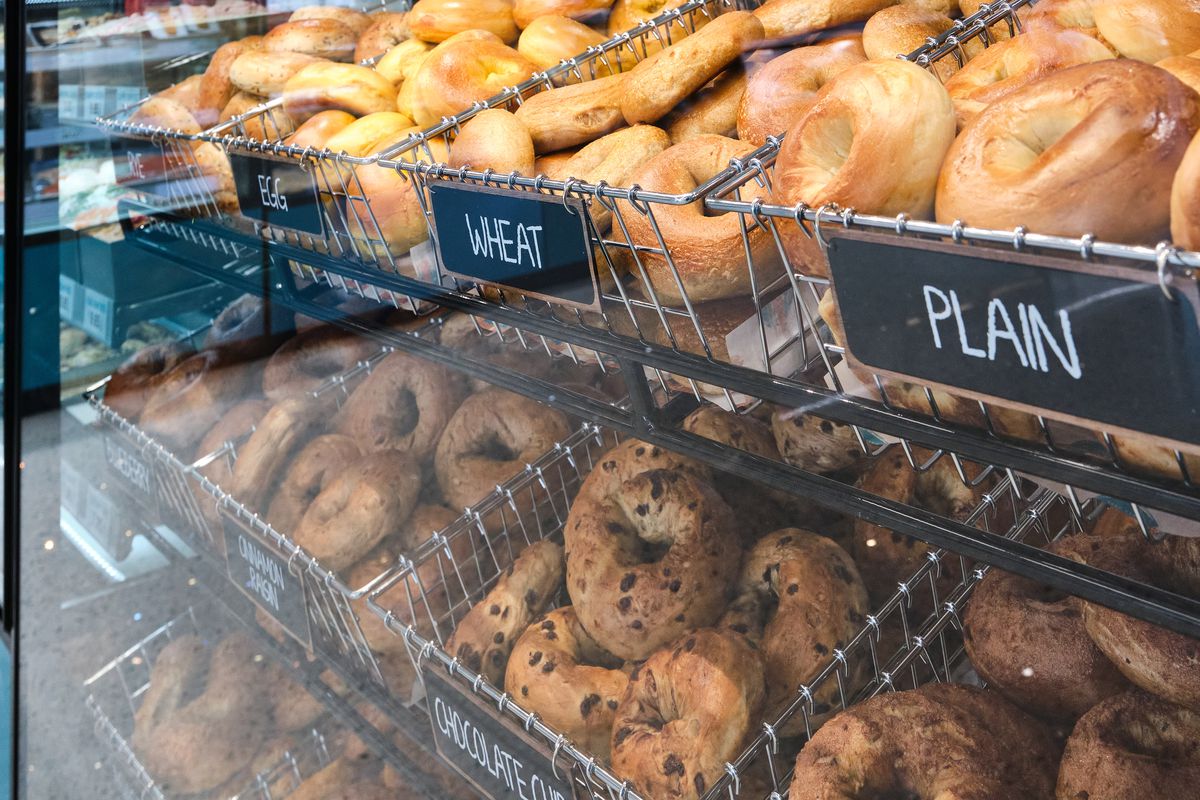 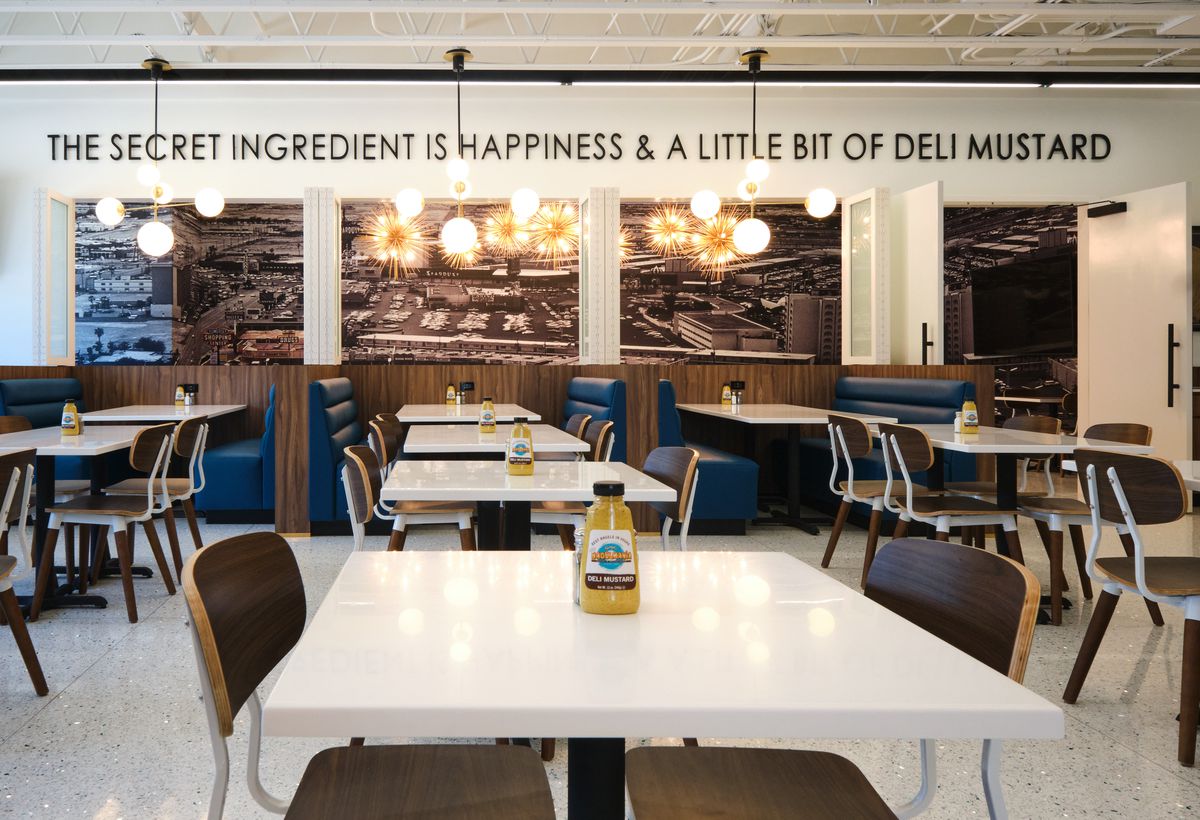 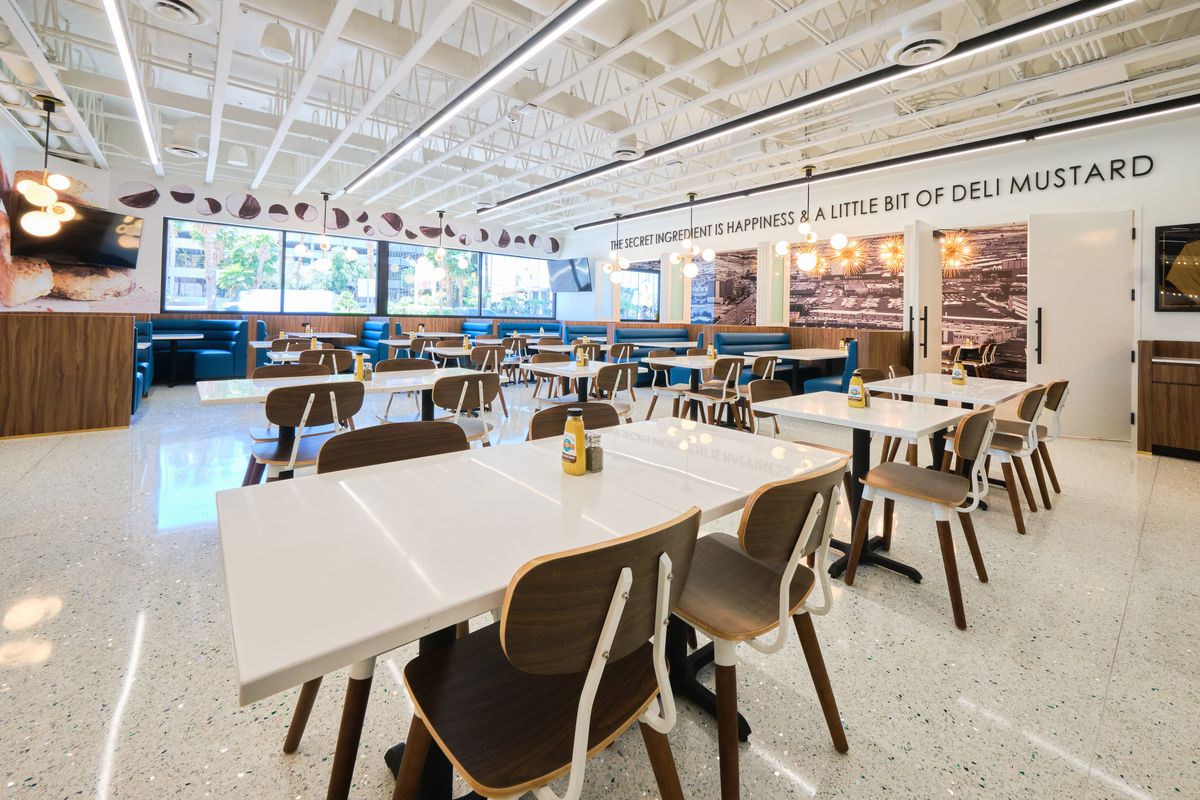 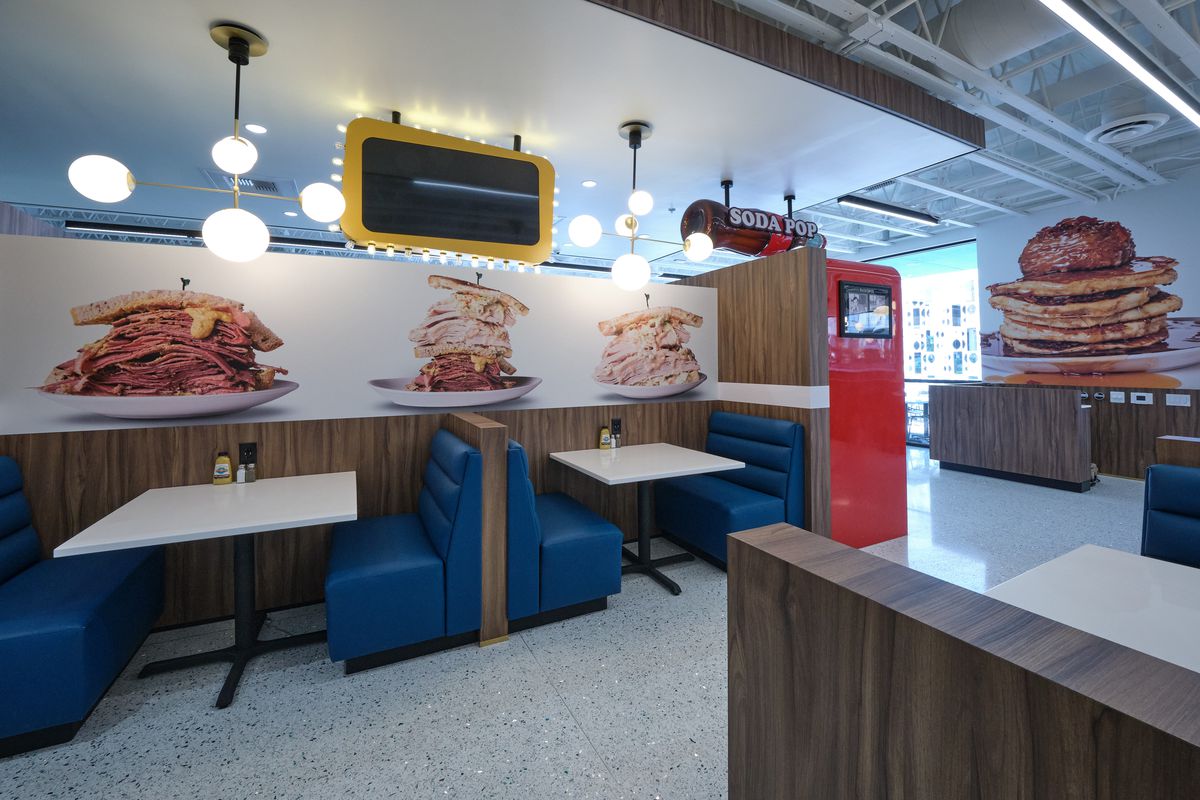 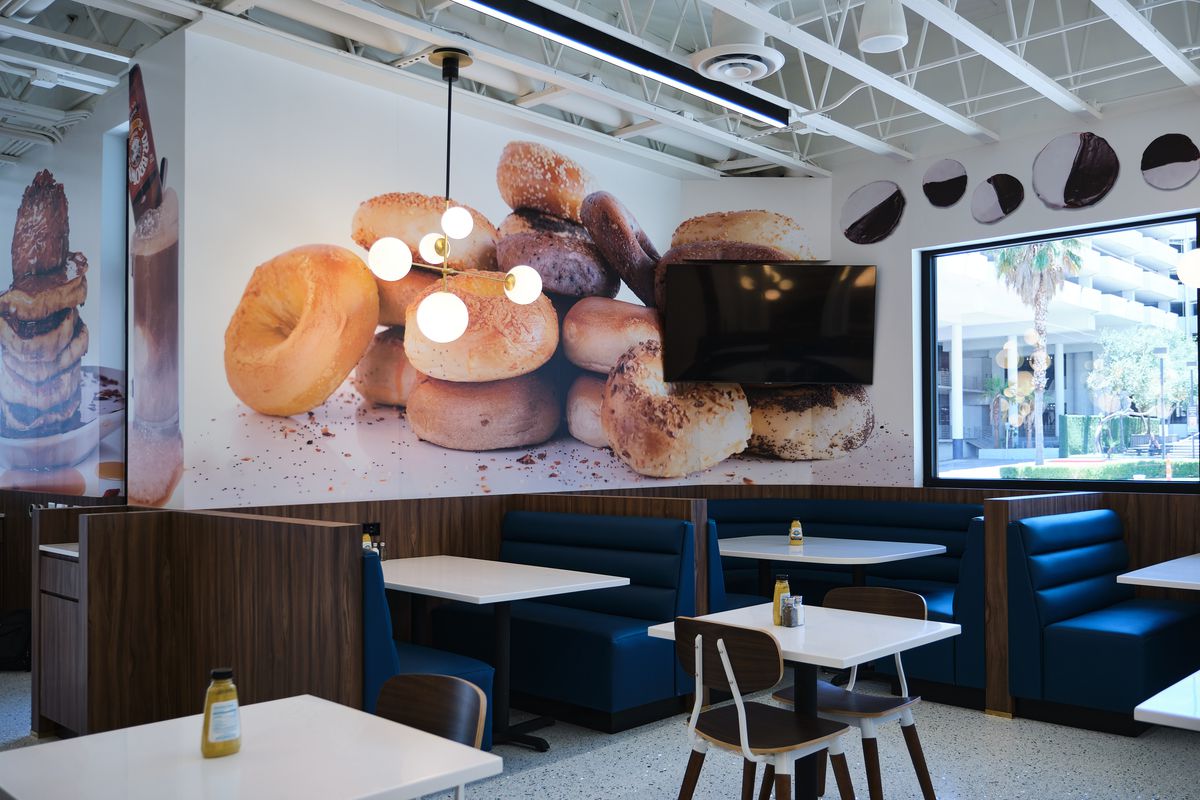 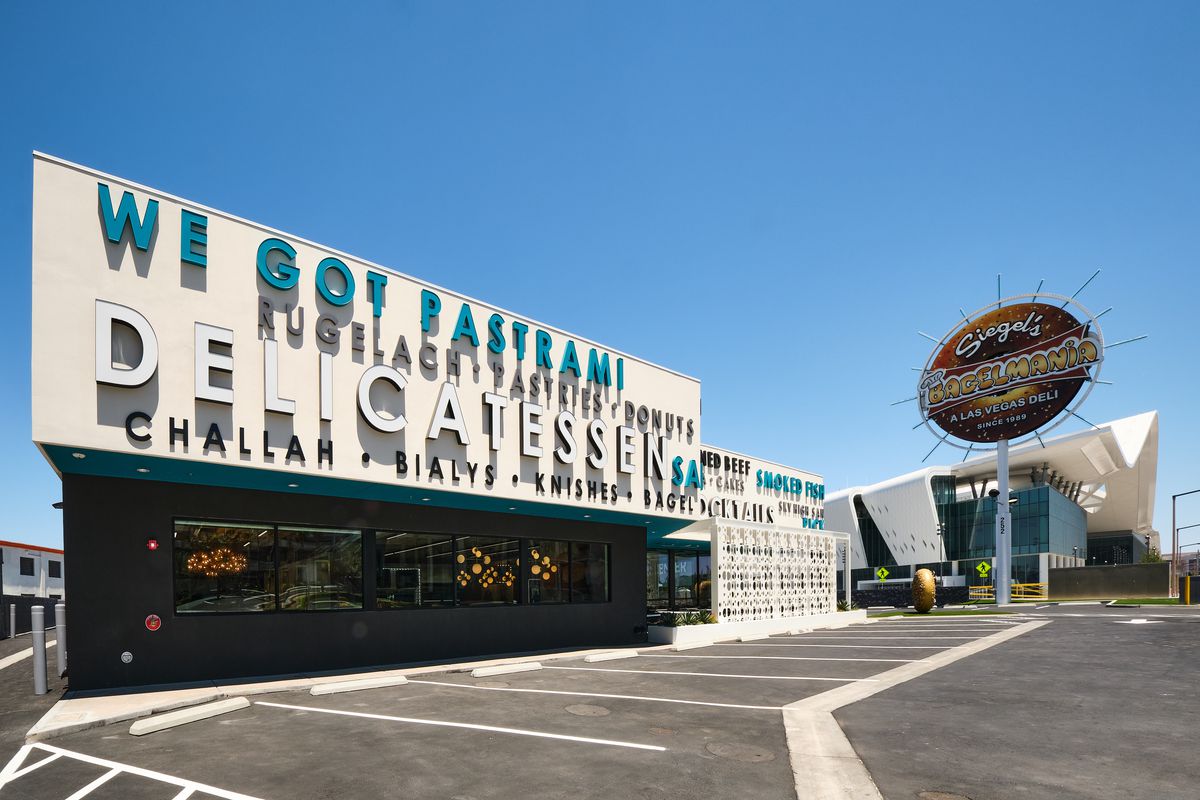